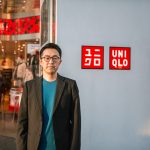 UNIQLO has become one of the leading clothing brands on the planet in recent years. The Japanese company develops and sells clothing that brings together high-tech functionality and simple beauty. A concept that catches on all over the world. Also in Germany, as we found out in our interview with Yamato Kuwahara, COO of UNIQLO Germany in the company’s local headquarter in … END_OF_DOCUMENT_TOKEN_TO_BE_REPLACED

Only a few years ago, semiconductors were a purely niche topic – but at the latest since the still ongoing chip shortage, they are probably known to everyone. The Japanese company ROHM Semiconductor has specialized in the production of the sought-after components and expects an even higher demand in the future. Wolfram Harnack, President of ROHM Semiconductor Europe, first … END_OF_DOCUMENT_TOKEN_TO_BE_REPLACED

Many people still associate the word “manga” with big eyes, short school uniforms and excessive violence. But the genre has much more to offer, says Kai-Steffen Schwarz, Editorial Director Manga at the Hamburg-based Carlsen publishing house. And: the market is growing. In this interview, he tells us how business with Japanese publishers works, what content appeals to readers in … END_OF_DOCUMENT_TOKEN_TO_BE_REPLACED 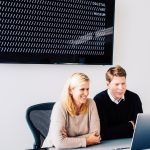 Art is not normally part of the core business of Xing founder and technology investor Lars Hinrichs – but to bring teamLab's art to Germany, the Hamburg native made an exception. Together with Managing Director Caren Brockmann, he is responsible for bringing the Digital Art Museum into being. How did this come about, and what can visitors expect? The two explain in this … END_OF_DOCUMENT_TOKEN_TO_BE_REPLACED 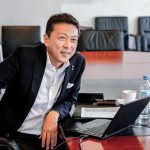 From photo films in the 20th century and floppy disks in the 1980s to instax cameras making the rounds at weddings today – most readers have interacted with Fujifilm products at some point. But despite what the company name might suggest, Fujifilm can offer a lot more than camera and photography solutions. We talked with Toshihisa “Toshi” Iida, President and Managing Director, … END_OF_DOCUMENT_TOKEN_TO_BE_REPLACED

“J-BIG – Japan Business in Germany” is the e-mail magazine dedicated to Japanese companies and their business activities in the German market. Register for free